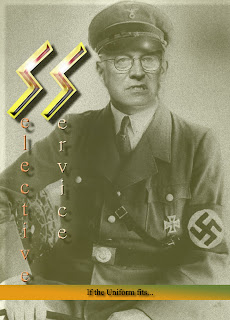 --Poster to left is for sale..check right column for direct purchase.

________________________________________________________
That is what the Democratic Congress should be doing. This tit-for-tat bullshit "diplomacy" stance is another way of justifying not standing up for the people who put you where you are. In a previous post I mentioned that the old adage 'It takes two to tango', implying that in some way or other a perhaps innocent victim played a role in a fight. --of course the Bush Crime Syndicate made it a menage a trois when it came to " as long as we're over here, let's invade iraq"--I put you on notice: I .. DO NOT.. ACKNOWLEDGE.. THAT.. CLICHE.. AS..VIABLE. [ My own THOMAS AXIOM works here: FOR EVERY CLICHE THERE IS AN EQUALLY TRUE AND OPPOSITE CLICHE ]When we spent EIGHT years under the Repugnicon BULLIES in the White House AND the Congress!? I've spent 20 years working on psychiatric floors, and it never fails me as a parallel to use with the Bush Administration. You need to meet one once: a sociopath. But be on your guard. They are in old world language "cursed", for life. They can be, in their own way, brilliant. Although psychiatrists (who make money off prescribing drugs, by the way--and who RARELY do therapy, especially in hospitals) exist who claim they have prescriptive combinations for Behavior Disordered folks*, from what I've seen it can only be true in a handful of cases. There is no cure, even though they are in the DSMIV, for insurance purposes. Behavior Disorders are NOT like regular psychiatric disorders. That's why we have prisons.

Cheney (if you have delicate ears do not click here) is a sociopathic bully, a person who from the moment he wakes up in the morning until he goes to sleep at night connives to take advantage of the weak, or the unsuspecting normals : a predator, no different than many prisoners, which is what he should be right now...people like him, not to mention his little buddy George and the whole bunch are long past even considering anyone else except the folks who breathe his air. If you have never met people like this, be warned they exist. On this level, however, they have enough of a buffer system--money and power through inheritance or subterfuge, to convince others they have a viable place in society. This buffer system is politics. At some point you realize the MANIPULATORS on the Right (read that: WRONG) did everything they could to get us into a war we should never have been in for all the wrong reasons; reason which an incredibly high number of them benefitted from, not the least of which is Dick ( read that: DICK) Cheney and his Halliburton buddies **

So. When someone like my new hero Alan Grayson is able to call these ignorant Repugnicons out like an O.K. Corral showdown, and tell IT like IT is... in essence acknowledging right to their pasty faces that "OK, you want to fight? We'll show you a fight", and doing TO the Repugnicons what they would do unto us....what they DID unto us, unto the people of the U.S., then I begin to have hope again, that there may be some fighters left to fight the big money Oligarchophiles that now RUN the Repugnicon Party.

Find the book referred to below to the right of the blog in DAN'S AMAZON A-STORE.

I do acknowledge that we live in a country/world right now where the significance of the term "different world views" is becoming something you can just brush off easily, but instead palpable. We are nearly daily faced with the real animal, not just the legends, the stories. They really exist. And, to them, do we exist? This is what we need to keep reminding them of. I hope I'm not being too cryptic in my expressions here. One good book on this subject is Thom Hartmann's 'must read': CRACKING THE CODE, available through my Amazon link which should be in the border to the right of this YAKIMAPROGRESSIVE.blogspot.com post. Please try clicking on it to find this and other great books. In this books Thom uses his knowledge and experience and highly diplomatic approach to bridge the divide between families, friends which have developed in our country politically, and has/does threaten to divide families and friends.

Years ago a friend told me they had read somewhere that if we could actually--ACTUALLY-- get into each other's brains, the experience would indeed be like a heavy LSD trip. Whatever buffers have prevented our species, our culture, to NOT have that experience..that which naturally keeps us separate..it seems to me that that envelope has been pushed, so to speak, especially by events the previous 8 year administration's sociopathic reign.

We, on the left, I think, need to learn when to hold it in, but especially when and how to let it out...and not always in a politically correct manner. I know they are out of office now, but my own feelings are that they need to be investigated and prosecuted. More need to speak up like Harry Taylor did to Bush.

It is so much like confronting an angry sociopath. One needs to balance one's truth, one's rhetoric, with a calm demeanor, and consistently. With "Iron" in one's words, as Chief Ten Bears (Will Samson) stated in "The Outlaw Josie Wales". THAT is diplomacy. While this President is in office, the fight is not over. It has only begun.

**(Original name for the plan REALLY was O.I.L. --Operation Iraqi Liberation, tactfully changed later as apparently no one realized how that one would backfire on them___re: http://www.urbandictionary.com/define.php?term=Operation%20Iraqi%20Liberation -- I noticed the previous administrations reference to it from this reference has been deleted, that could be after House-cleaning by the new, and actually voted in Obama Administration--GWB stole both elections, per Rolling Stone articles [ http://www.rollingstone.com/news/story/10432334/was_the_2004_election_stolen ] in fact both elections of Bush are taken into question)